The MRCOG Board Meeting scheduled for tomorrow morning was canceled today by the Chairperson.  We think that these are shenanigans to avoid a vote outcome that would be contrary to what Vice Chair David Heil of the Sandoval County Commission is trying to do with their pro-oil and gas ordinance agenda. The current amendment Heil proposes will destroy the drinking water supply for the City of Rio Rancho. Mayor Hull has ignored our request as to whether he and the City Council approve of what the County is doing by asking for an exemption in the “Ban Fracking District B” and to exempt nearly all of the Rio Rancho Estates.  Heil and Hull are doing the bidding for Thrust Energy who purchased AMREP’s  55,000 parcels of mineral rights that may also extend into Bernalillo County. This is what “State Capture”* is and they do not appear to be worried about ethics and or corruption charge.

The MRCOG Chair, Mayor Greg Hull, canceled the meeting because of he and his co-chair Sandoval County Commissioner David Heil, are suddenly unavailable. Commissioner Heil is also the PZ chair for the City of Rio Rancho. The meeting will reportedly take place in December which could be AFTER the Sandoval County Commission passes an Oil & Gas Ordinance very friendly to fracking and inadequate to the protection of air, land, and water in the region of the Albuquerque Basin. In fact, the City of Rio Rancho is paying over a million dollars to repair one of the main municipal drinking water wells in this area that will be impacted by fracking, despite any groundwater monitoring the USGS can do. These drinking water wells supply water to over 90,000 residents in Rio Rancho and beyond. The Water Authority should be up in arms with this move as well as the citizens in the Upper Middle Rio Grande Basin AKA Albuquerque Basin, that depends on groundwater. 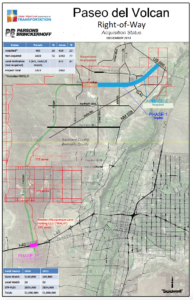 This link is the agenda of the board meeting in October that has the resolution of what MRCOG full Board will consider as a template to a regional solution for oil and gas that will not have adverse impacts to water, air, and public health and safety.  This is also the area that both the City of Rio Rancho and County of Sandoval say in response to IPRA requests that they have no maps on the Route of the Paseo de Vulcan by-pass that will allow trucking traffic for fracking operators. Paseo de Vulcan is now being built without impacts fees to oil and gas operators on the creation and maintenance of the additional roads in the area putting costs on the taxpayers.

* Definition of State Capture “State Capture” is defined as the efforts of individuals or firms to shape the formation of laws, policies, and regulations of the state to their own advantage by providing illicit private gains to public officials. The key distinction in this typology is not, for example, the size of a bribe nor the level in the political system where bribery occurs, but rather whether the corruption is directed to distort the intended implementation of laws or to shape the formation of the laws themselves.